Antibiotics have revolutionized medicine. They allow treatment of infections that were once widely fatal; they safeguard surgeries and other procedures that were once unthinkably risky.

Antibiotic / Antimicrobial resistance is the ability of microbes to withstand the effects of drugs - the pathogens are not killed; their growth and reproduction are not stopped.

Although some people are at greater risk than others, no one can completely avoid the risk of antibiotic-resistant infections.

Nowhere is the importance of resistance more evident than with Eschererichia coli - the primary cause of urinary tract infections in the US., where resistance to quinolones and cephalosporins (widely used ß-lactam antibiotics) is up to 24 per cent in some states.

Doctors' organizations, global and national health organizations, and governments have all recognized that multi-drug resistant infections represent a health crisis. In the US, the Centers for Disease Control (CDC) has stratified the major threats. These include a number of gram-positive, gram-negative and anaerobic pathogens.

Many doctors agree that new, orally available antibiotics are needed to treat patients with multi-drug resistant infections. Medicines taken by mouth allow treatment to occur outside the hospital, where the risks of getting a hospital acquired infection is avoided. Outpatient care, without the need for monitored intravenous therapy, can also significantly reduce treatment costs.

The World Health Organization (WHO) produced its Global Priority Pathogen List of resistant bacteria. Its authors stressed the importance for oral formulations of new antibiotics for community diseases with a high morbidity burden. This list also includes many bacteria targeted by Iterum's sulopenem.2

Each year in the United States, at least two million people are infected with bacteria that are resistant to antibiotics. At least 23,000 people die each year as a direct result of these infections. Many more people die from other conditions that were complicated by an antibiotic-resistant infection.3 https://www.cdc.gov/drugresistance/threat-report-2013/

Antibiotic-resistant infections most often occur in the general community. However, most deaths related to antibiotic resistance happen in healthcare settings such as hospitals and nursing homes.

It's estimated that by 2050, antibiotic resistance will be responsible for 10 million deaths and drain up to $100 trillion from the US gross domestic product. Gram negative bacteria are particular drivers of this trend.4 https://amr-review.org/sites/default/files/160525_Final%20paper_with%20cover.pdf

Research presented in October 2017 by Iterum Therapeutics6 provided, for the first time, detailed maps by zip code showing the prevalence of bacteria in the US that are resistant to many newer antibiotics.

These heat-maps document the prevalence of common gram-negative bacteria that cause urinary tract infections in the community as well as more serious hospital onset infections. These infections are increasingly resistant to quinolones and, as a consequence of the production of extended spectrum beta-lactamases (ESBLs), to penicillins and cephalosporins as well. 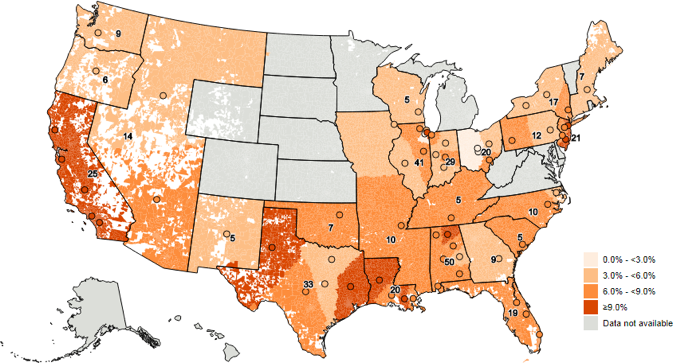 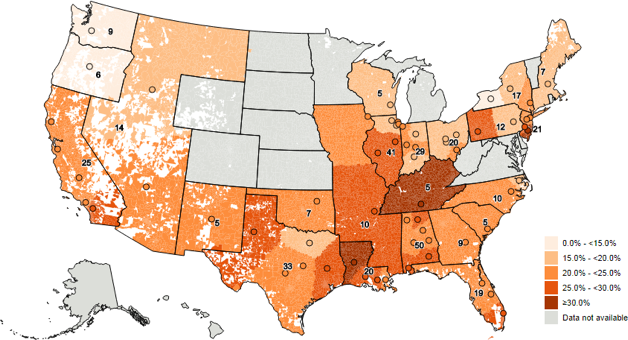