Mr. Ahrens serves on the boards of Abyrx, a developer of biomaterials for use in surgery; EndoGastric Solutions, the leading medical device company with treatments for reflux disease; Nexcida and Iterum Therapeutics, developers of antibiotics to treat serious infections; MID Surgical, products that improve visualization during laparoscopic surgery; Relievant MedSystems, a maker of minimally invasive devices to relieve chronic back pain; Unchained Labs, a life science tool company; Semnur Pharmaceuticals, a developer of pain management products, and Biothera Pharmaceuticals, an immuno-oncology company.

Prior to joining Canaan, Mr. Ahrens worked in both commercial and technical roles at General Surgical Innovations, Ethicon (J&J), and IAP Research. He also has several surgical instrument patents to his credit and is a Registered Professional Engineer.

Mr. Ahrens earned an MBA from the Tuck School of Business at Dartmouth College after graduating with a B.S. and M.S. in Mechanical Engineering from the University of Dayton. 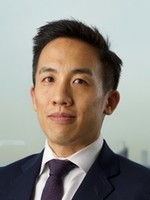 Mark Chin has over ten years of experience in the life sciences industry. He is currently a managing director at Arix Bioscience and a director of Iterum Therapeutics, Harpoon Therapeutics, Imara and a number of privately held biotechnology companies. Prior to Arix, Mark was a principal at Longitude Capital, where he focused on investments in both private and public biotechnology and medical technology companies. Prior to Longitude, he was a consultant at the Boston Consulting Group, where he was responsible for strategy and corporate development projects for pharmaceutical and biotechnology companies. Before BCG, Mark worked in corporate development at Gilead Sciences and market planning at Genentech. 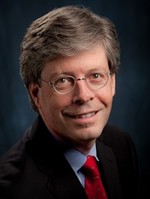 Dr. Dunne was the Chief Medical Officer of Durata Therapeutics, Inc. from 2009 until its acquisition by Actavis plc in 2014 and remained in a leadership role as part of the Actavis integration efforts to ensure successful transition of all priority development activities until 2015. From 1992 to 2009, Dr. Dunne served in a variety of roles in connection with the clinical development of numerous infectious disease compounds at Pfizer Inc., including as the Vice President, Therapeutic Head of Development for Infectious Disease from 2001 to 2009. Dr. Dunne holds a BA in Economics from Northwestern University and an MD from the State University of New York Health Sciences Center. He completed his internal medicine residency and fellowships in infectious diseases and pulmonary medicine at Yale University School of Medicine. 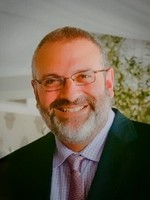 Corey Fishman has served as Chief Executive Officer since late 2015 when the company was formed. From 2010 to 2015, Mr. Fishman served as Chief Financial and Chief Operating Officer of Durata Therapeutics, Inc. overseeing all aspects of finance and administration, manufacturing, business development, strategy, international operations and portfolio optimization. While at Durata, he raised substantial capital, including a successful IPO and secondary public offering. Mr. Fishman also led the negotiation and sale of the company to Actavis plc.

Prior to Durata, Mr. Fishman served as Chief Financial Officer of Ganic Pharmaceuticals, Inc., a Warburg Pincus company from 2008 to 2010. From 2002 to 2008, Mr. Fishman served in a leadership role at MedPointe Healthcare, Inc., a private equity backed specialty pharmaceutical company and became the Chief Financial Officer in 2006. Mr. Fishman had responsibility for finance and administration, portfolio optimization, manufacturing, strategy and business development. He led the development and implementation of a new strategic plan, which involved raising capital, restructuring debt, accelerating the growth of existing commercial assets and developing multiple line extensions to enhance future value, culminating in the successful sale of the company to Meda AB. From 1994 to 2002, Mr. Fishman held roles of increasing responsibility in both mid-size and large pharma.

Mr. Fishman holds a BA in Economics from the University of Illinois at Urbana-Champaign and an MSM in Finance from the Krannert School of Management at Purdue University. 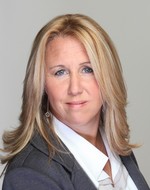 Ms. Hecht currently serves as Senior Vice President, General Counsel and Corporate Secretary of Xeris Pharmaceuticals, Inc. (NASDAQ: XERS). She has over 25 years of experience as a corporate executive in the life science industry, most recently serving as Managing Director and Chief Legal and Administrative Officer for Auven Therapeutics, a global biotechnology and pharmaceutical private equity firm. Ms. Hecht is also a member of the Board of Directors of Neos Therapeutics (Nasdaq: NEOS) where she chairs the Nominating and Governance Committee. Ms. Hecht is a graduate of Amherst College and Harvard Law School and started her career as an attorney specializing in intellectual property and corporate transactions at Willkie Farr & Gallagher (NY) and then Kirkland & Ellis (NY). She has established and led legal, compliance, licensing, human resources, and security departments at companies including Durata Therapeutics, Sun Products, MedPointe Inc. (formerly known as Carter-Wallace Inc.), Warner Chilcott PLC, ChiRex Ltd., and Alpharma Inc.

Prior to joining Sprout in early 1998, Mr. Hunt was a consultant with the pharmaceutical industry practice at Coopers & Lybrand Consulting and then with The Health Care Group (a division of the Interpublic Group of companies). His consulting work spanned 4 years and focused on strategic and operational engagements for clients in the pharmaceutical and medical device industries. Prior to entering the consulting field, Mr. Hunt held a number of sales and marketing positions for a combined eight years with Johnson & Johnson and SmithKline Beecham Pharmaceuticals.

Mr. Hunt is a graduate of The Wharton School (MBA) and Cornell University (BS). 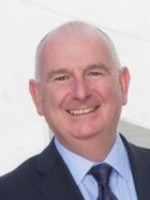 David Kelly is a member of the Executive Committee of Horizon Pharma, plc, a biopharmaceutical company listed on Nasdaq and headquartered in Dublin, Ireland, and a Director of its Irish operating subsidiary. He was formerly the Executive Vice President, Managing Director, Ireland and Company Secretary of Horizon. Prior to joining Horizon, Mr. Kelly served as Chief Financial Officer for Vidara Therapeutics, and was previously Chief Financial Officer of AGI Therapeutics. He also served as Senior Vice President of Warner Chilcott, a fully integrated specialty pharmaceutical company. While at Warner Chilcott, he led the company's successful IPO on Nasdaq. In addition, Mr. Kelly also held roles in Elan Corporation and KPMG.

Mr. Kelly holds a Bachelor's degree in Economics from Trinity College, Dublin and is also a member of the Institute of Chartered Accountants in Ireland (ACA).